We must band together as a community to hold our members of Congress (MoC) accountable. It’s their job to represent us, but instead they have acted against our interests and values. Let’s stand together, indivisibly, and demand that they honor their sworn oath to represent us.

Calling members of Congress is a tactic that is proven to work and is one of the core principles of the Indivisible movement. It takes as little as 30 seconds to make a call and make a difference. Below is a step-by-step guide for making your first call.

In the U.S. Congress, you are represented by one Representative and two Senators. Each has an office in Washington D.C. and multiple offices in California. Call whichever office you want — they all end up with the MoC.

At the state level, you are represented by one state Representative and one state Senator. You can find your representatives on the California State Legislature site.

What do I say?

You could make two types of calls depending on how much time you have. The first, the opinion tally, takes less than a minute and does not require discussing the details. The second, the conversation with a staffer, is more involved. In both cases, pick oneissue that you want to address in this call. If you muddle together multiple issues, the staffer will have to make a judgement on how to tally up your opinion. Be clear and precise.

Conversation with a staffer (5 minutes)

Can I speak to the staffer who handles criminal justice issues?

I would like to speak to the staffer who works on health issues.

Can you confirm the name of the staffer who covers immigration?

(And a good catchall) Can I speak to the staffer who works on legislative issues?

I am calling to ask how Rep. ____ plans to vote on the upcoming repeal of the Affordable Care Act. My family depends on the ACA for my father’s cancer treatments, so this issue is very important to me. What is the representative’s stance on this issue?

Great. Representative ____ has my thanks for supporting this cause.

That’s disappointing to hear. [Share facts, statistics, or a personal story to support your opinion.] I am part of a local organized group of constituents and I shall be sharing Rep. ___’s views with them.

Do you have an email address that I can use to follow up later to see if Rep ____ has changed their mind? I am part of a local group of constituents that cares greatly about this matter so we will be calling and writing to find out more about Rep ___’s stance.

Thank you for your time, [staffer’s name].

When do I call?

Thanks for taking action

Thanks for readying yourself to take action. You can follow IndivisibleYOLO to see the latest national calls to action to learn where to invest your time to make the biggest difference.

Sign up for our Newsletter and important alerts
. Tweets by indivisibleyolo 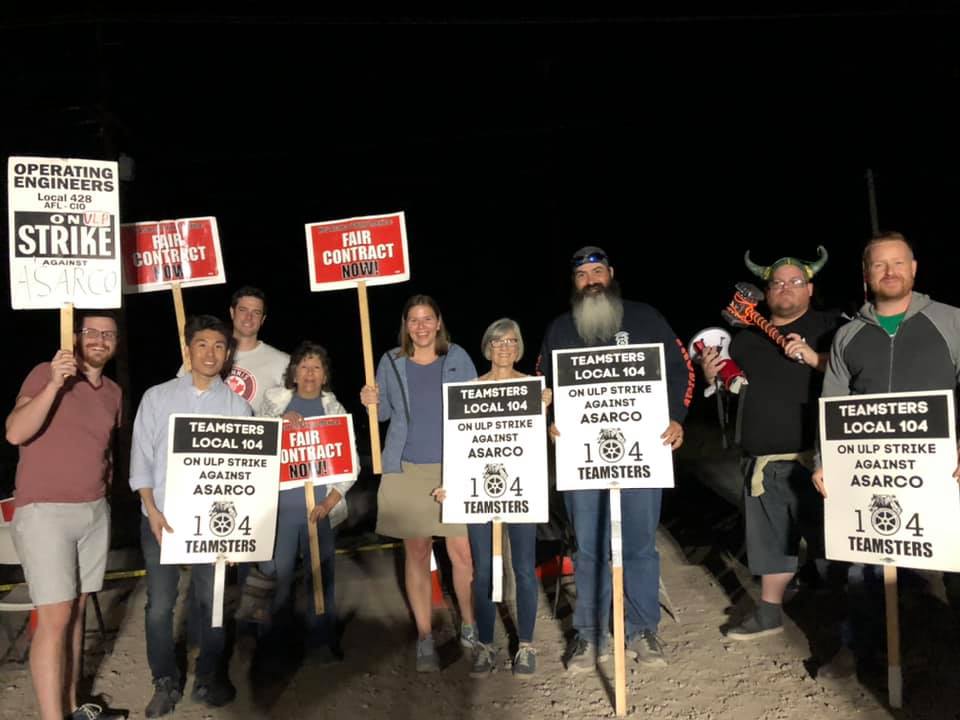 From the Women’s March to the Climate Strike to No War protests to picket lines, taking the time to show up in person makes our movement visible and powerful. 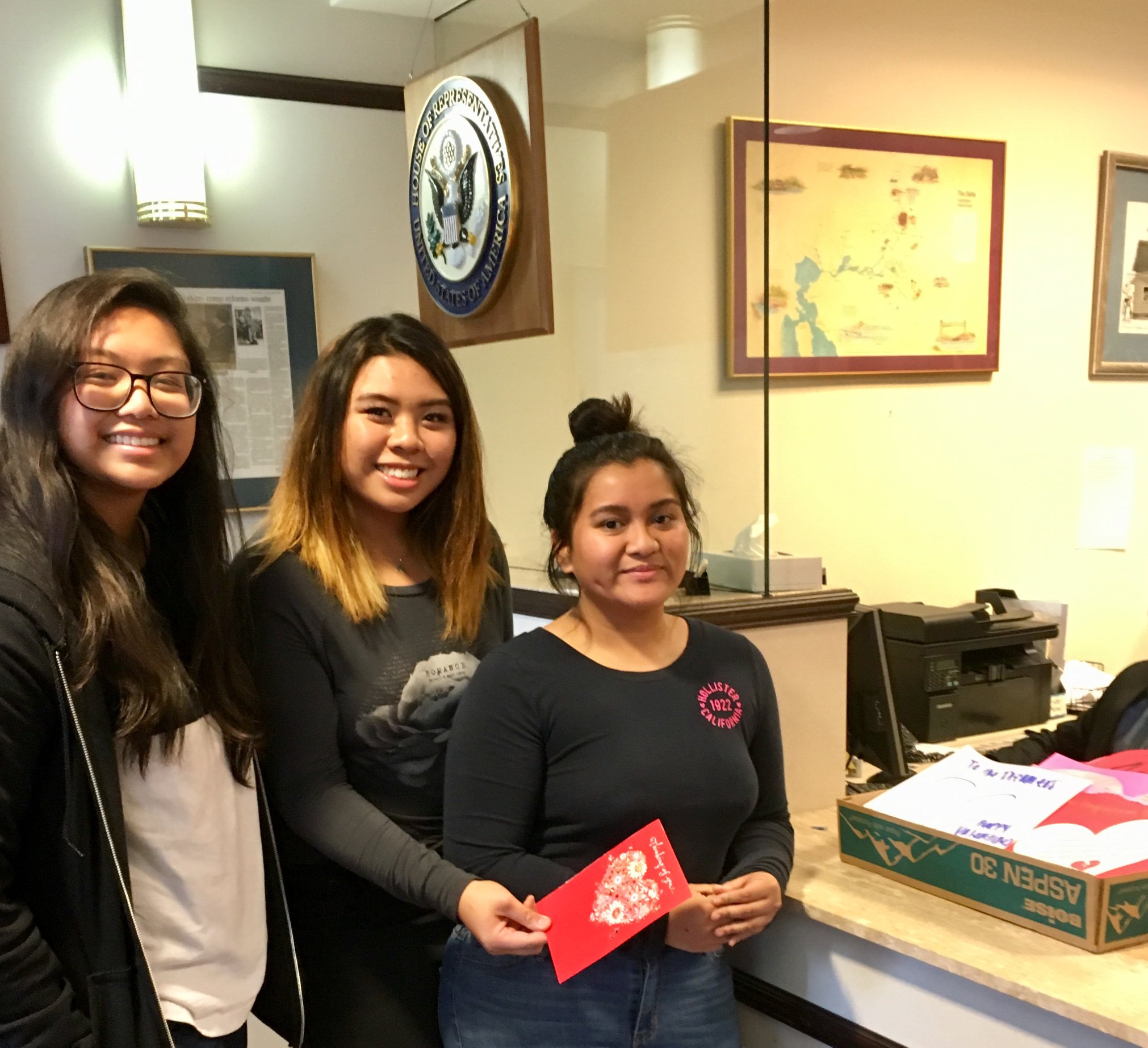 When you contact your Members of Congress and other elected officials, an in-person office visit has the most impact. 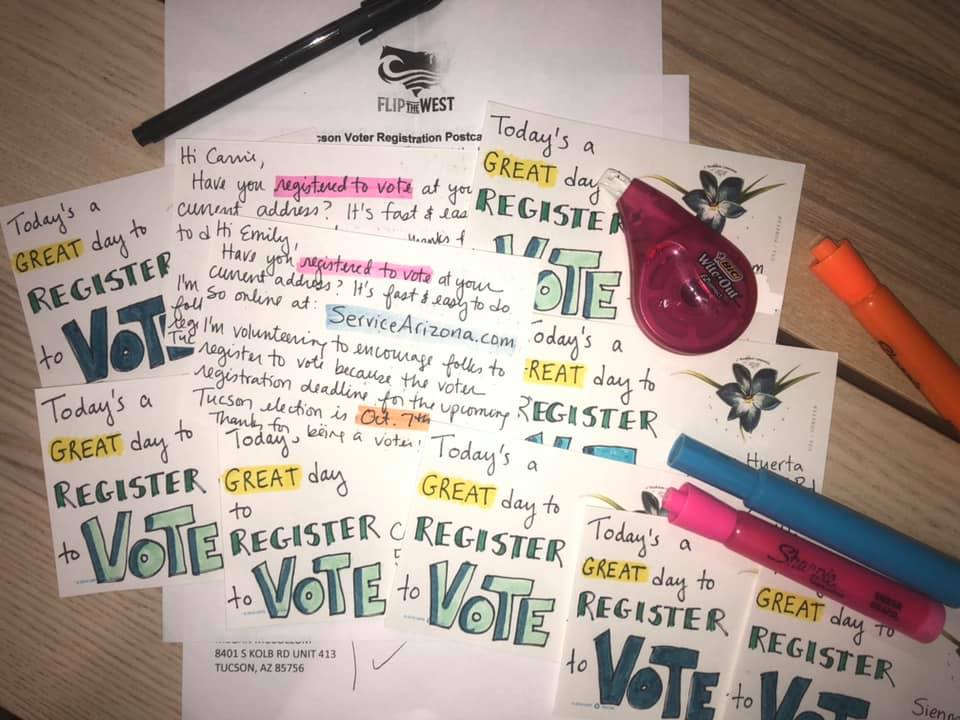 Postcards to voters increase turnout, get people registered, help them vote more regularly and remind people to vote for candidates that share their values. They also create communities of writers that #DoTheWork together. Indivisible Yolo’s postcarding program isn’t active right now, but you can write postcards with Activate America and Postcards to Voters.

Letters to the editor are a great way to get your elected officials’ attention. We are always looking for letter writers. If you’d like to help draft them, please contact us. 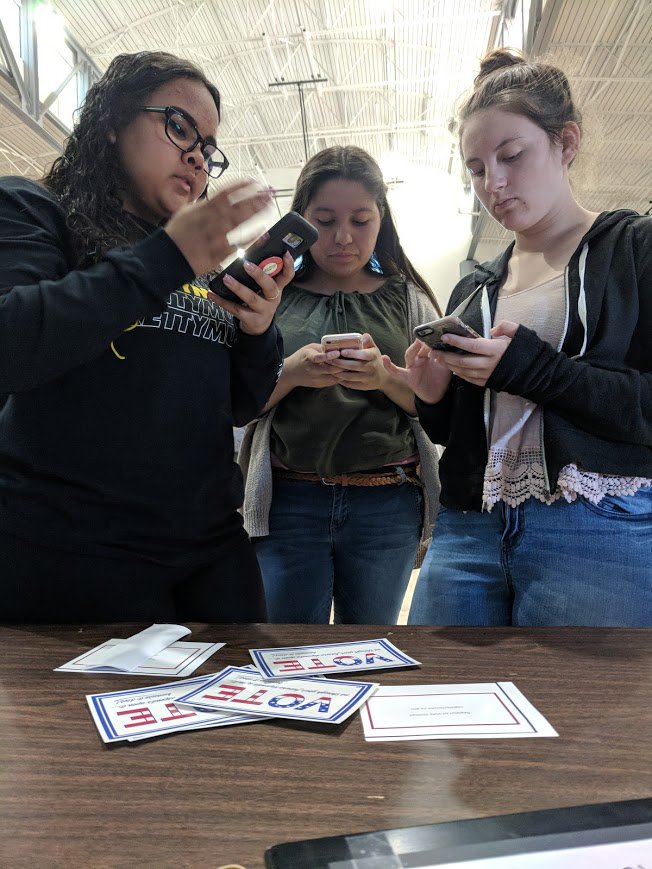 Textbanking is a fast and easy way to reach hundreds of voters in minutes, and you can do it anywhere, anytime. Lear about our Text Team. 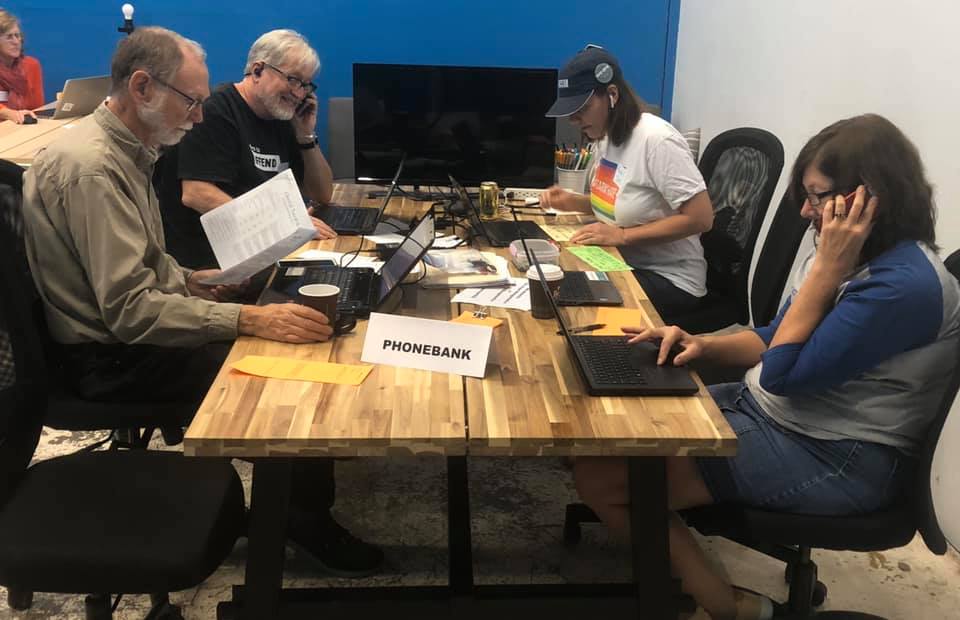 Phonebanking creates personal connections that make a difference. The only thing more effective is in person contact. Speaking of which… 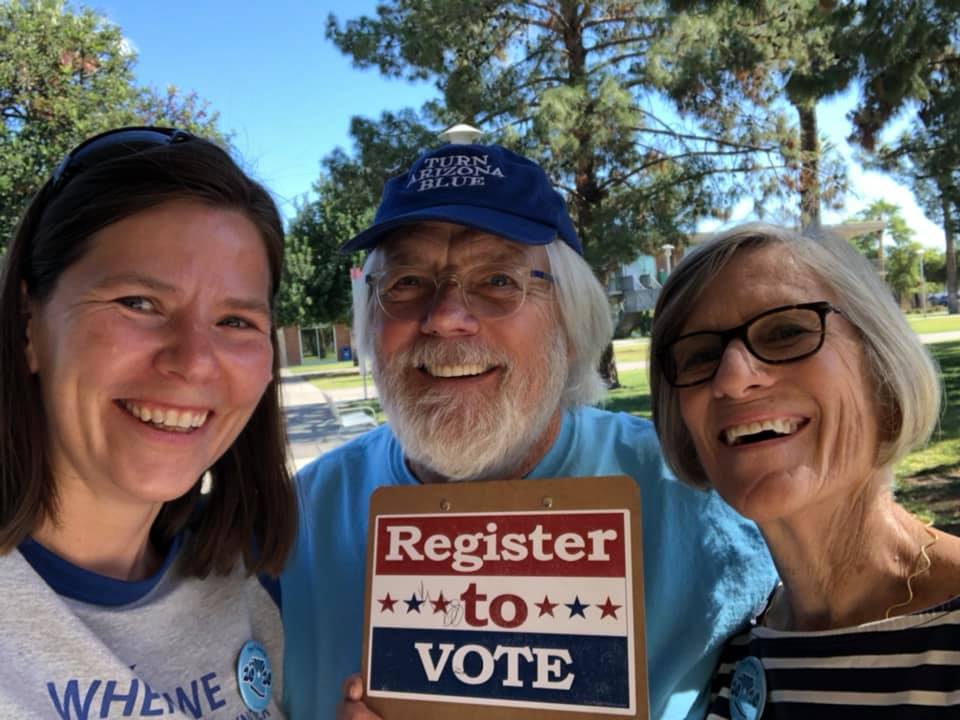 Canvassing is the best way to reach people and turn out their vote. Whether it’s local or out of state, canvassing is where it’s at. If you’ve never tried it, come with us – we’ll make it fun and you’ll get a walk in, too! 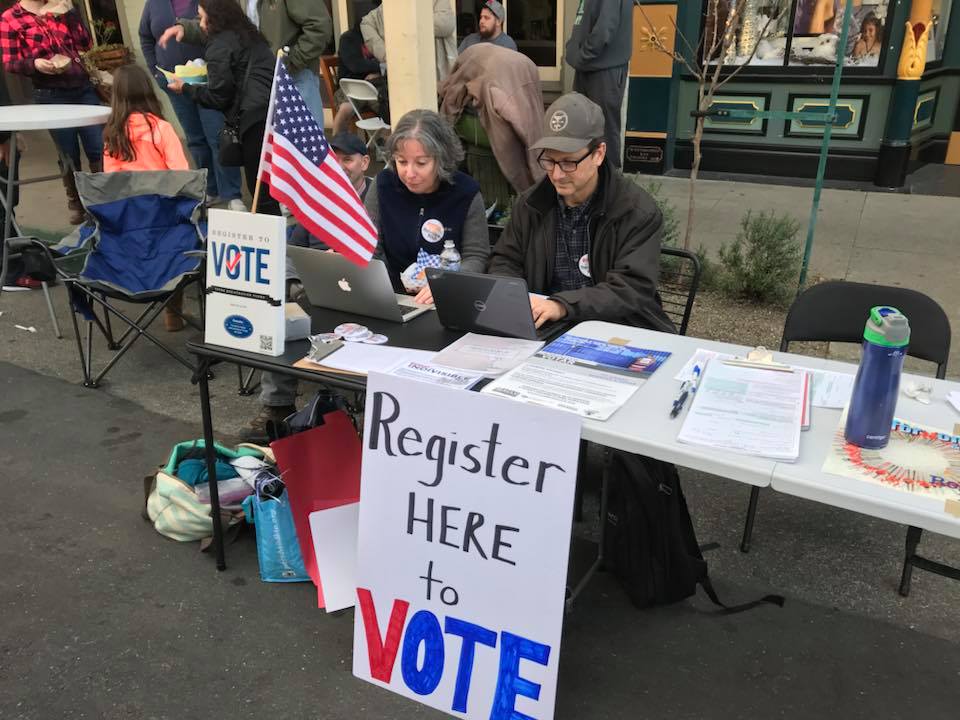 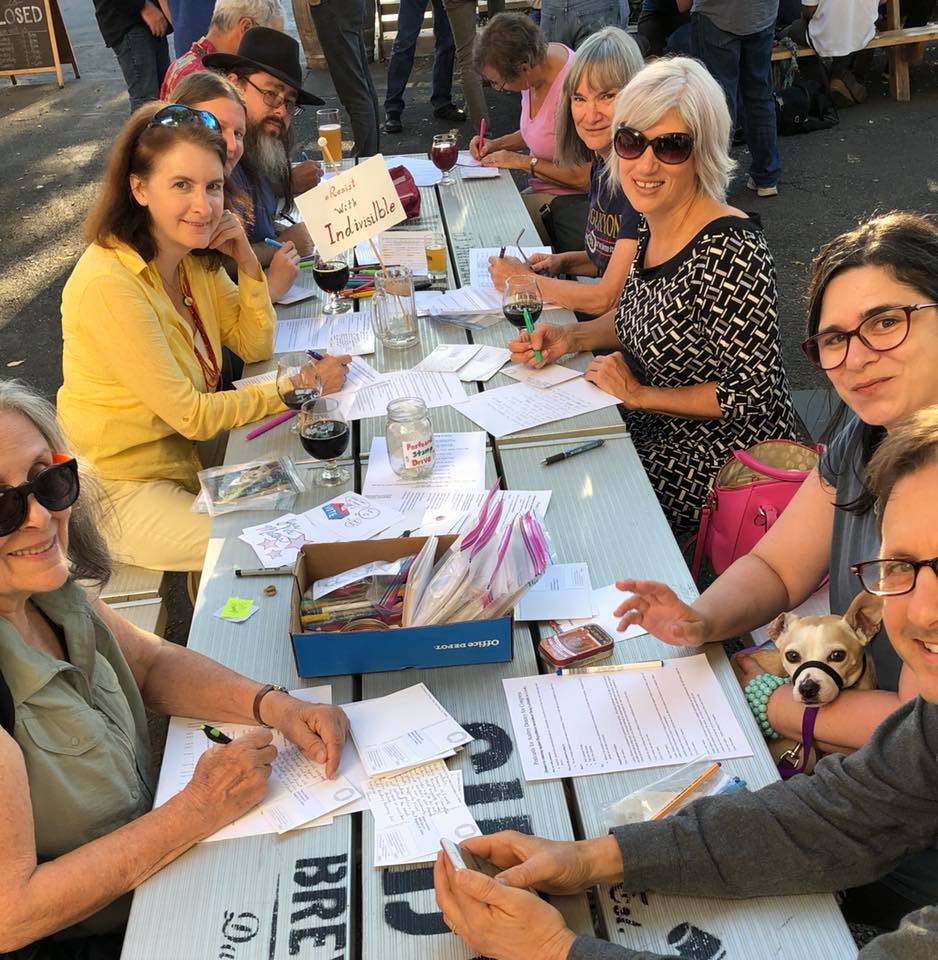 Donate to support our efforts! 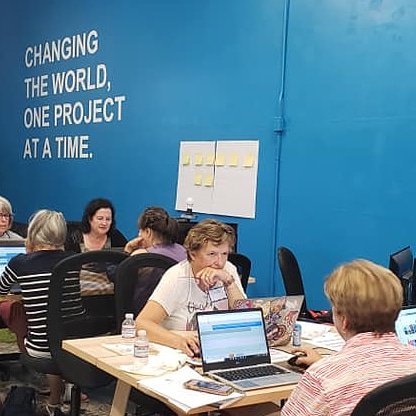 When we #DoTheWork, we win!

Join us! Sign up for our newsletter for opportunities to get involved.