We are not currently using Amplify, because we don’t have the resources to administrate. We may use it again in the future if we identify a person to run it.

Amplify is a tool that helps you contact Congressman Garamendi, Senator Feinstein, Senator Harris, and other Yolo representatives. Every week, we put up actions suggested by our membership, that pertain to current events. We research our representatives’ positions, and thank or ask accordingly.

Getting Amplify is simple!

Open the App store by clicking the icon: 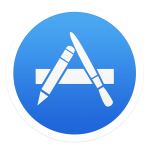 and then search ‘Amplify Civic Tools‘ 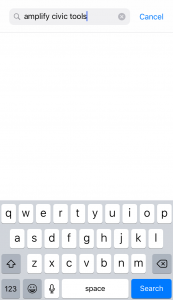 It should come right up! 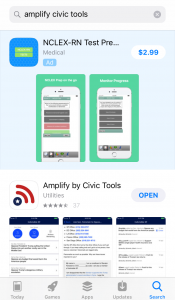 Go ahead and click on the icon (where the ‘open’ is, in the picture), and you should see a screen like this: 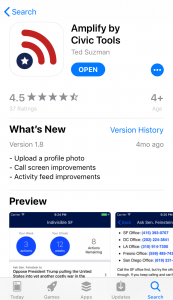 You can ‘open’ Amplify if you already have it, but more likely you’ll be choosing to ‘get’ Amplify. Don’t worry, it’s free!

Once you’ve downloaded Amplify, it should show up on your home screen 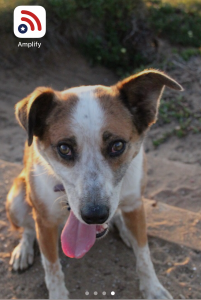 Open by tapping on the icon once. You’ll be prompted with your zip code. 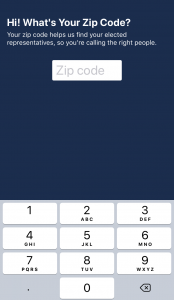 Input your zipcode, and you’ll be asked to put in a team code. 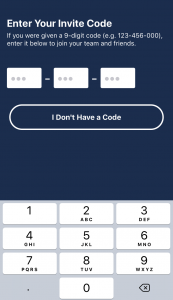 Congrats, you’ve joined Indivisible Yolo’s team! You’ll get a confirmation screen that looks like this: 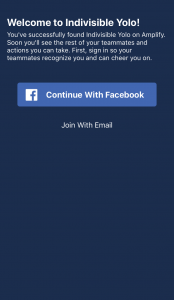 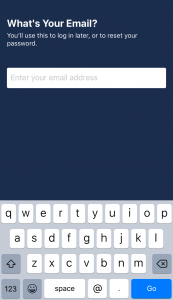 Then, you can log in (if you can, confirm your email in the meantime). 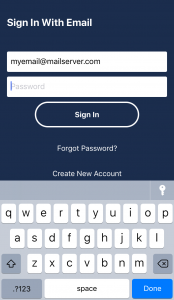 Once you’ve logged in, you’ll see our team screen, where you can cheer on other folks making calls and showing up to events 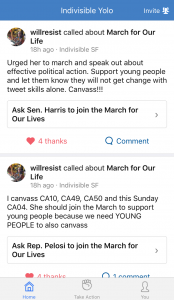 To make your own calls, you’ll click on the ‘take action’ fist at the bottom, middle of the screen. It’ll take you to the action tab! There you can see actions to take this week, as well as a tally of all the actions you’ve taken – total, and this week. When you hit a multi-week streak, it’ll show up in your feed, and your friends and fellow activists can love it, cheer it on, and get inspired! 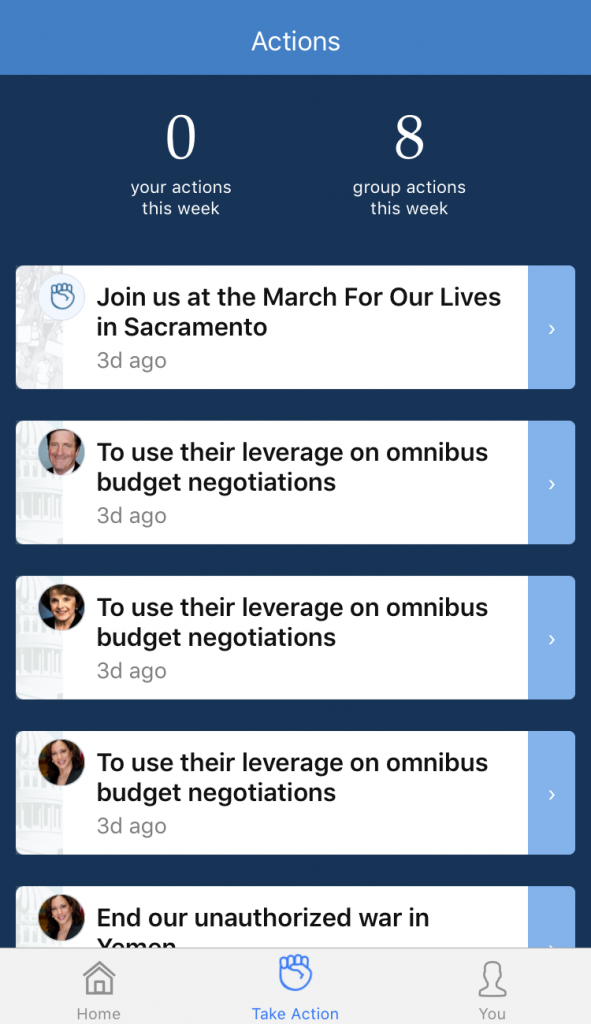 When you click on an action, you’ll see the numbers, a script, and some background on why the action is important, and why the call is directed at that representative. 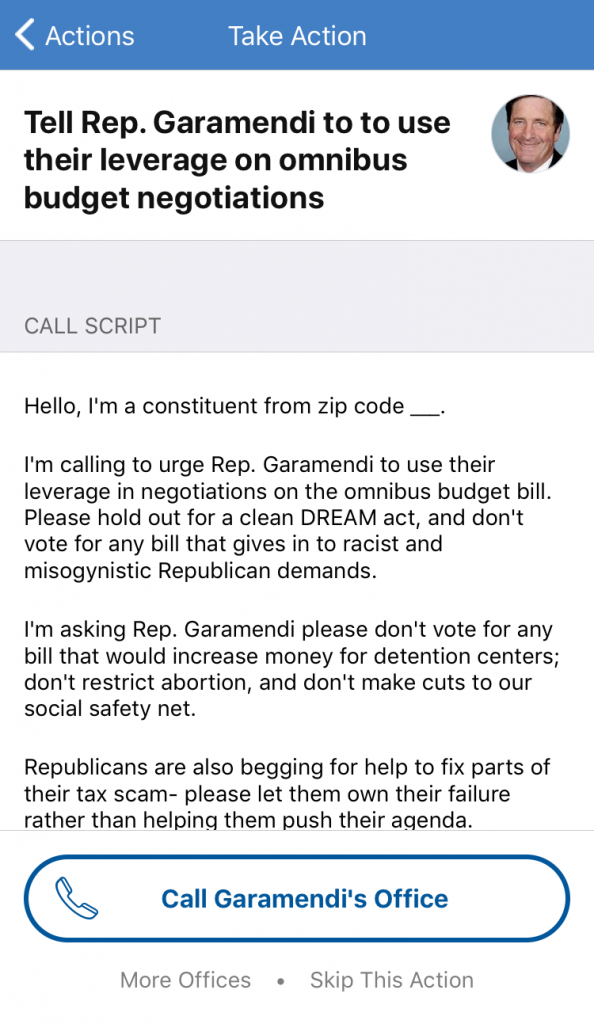 You can click the ‘Call Office’ button to connect to the D.C. office, or you can choose ‘more offices’ to get more options. It’s recommended to call the office closest to you – especially if you’re calling after hours. Particularly – Dianne Feinstein’s San Francisco office takes messages, but her D.C. office does not. 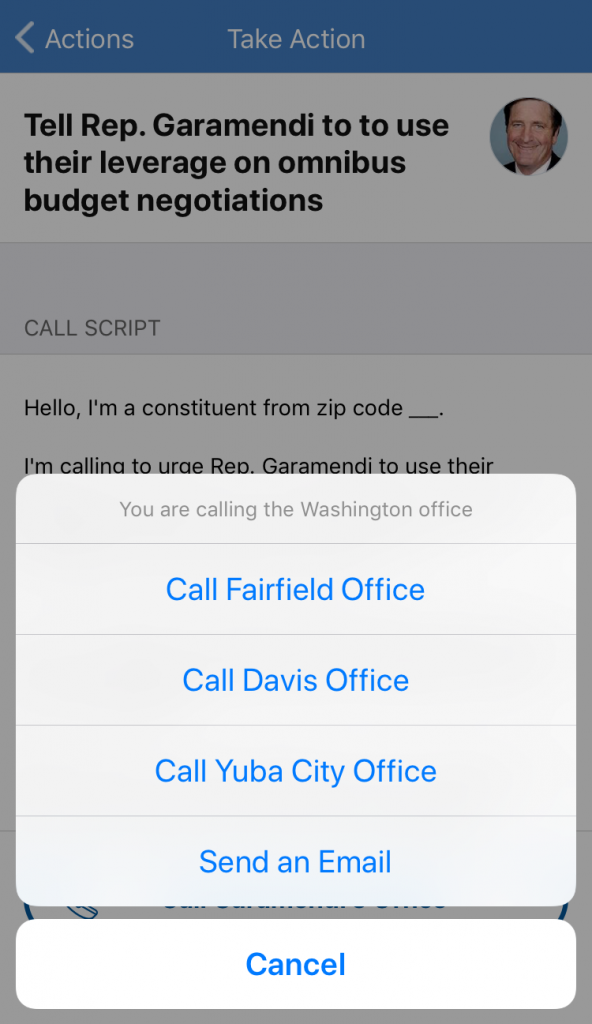 When you’re done, you’ll be asked if you left a voicemail, talked to a staffer, or weren’t able to get through. It’s important to leave feedback so we know how many folks are calling, and if they’re able to get through. When we meet with our representatives, we take that feedback to them, so they know how many of their constituents are able to make themselves heard, and can adjust their staffing accordingly (i.e. Senator Feinstein hired more staff to take calls). 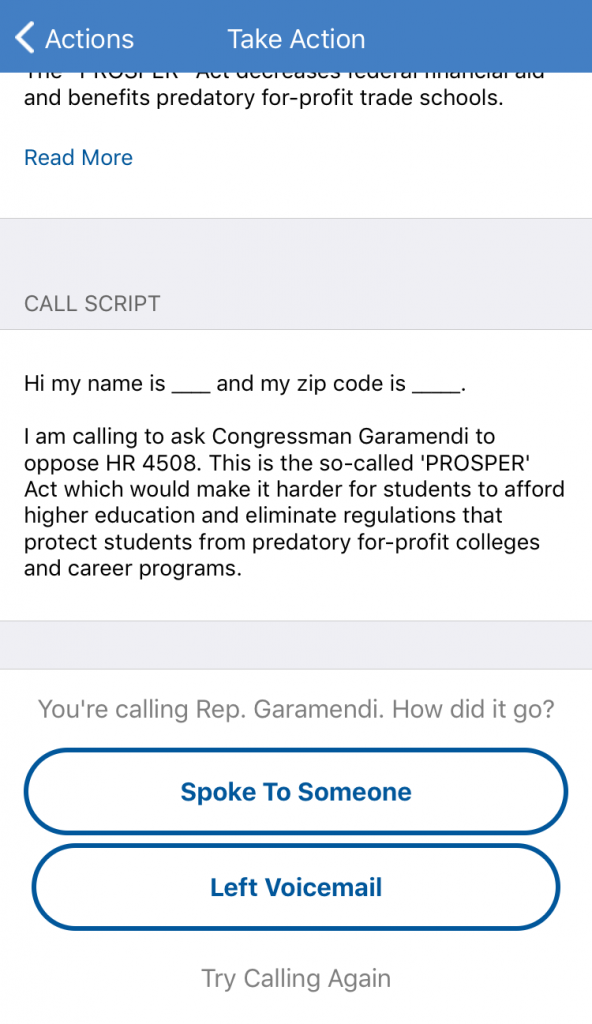 Then, when you choose an option, you’ll finish completing the action. You can choose to write a post and share it in your feed, which helps others know why that action is important to you, and encourages them to take that action. 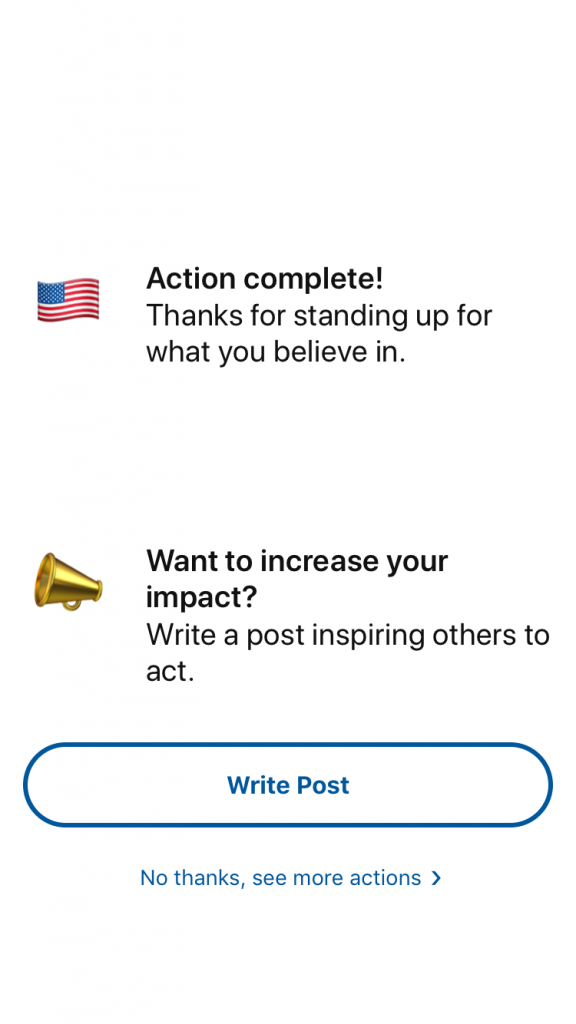 And you’re all done! Now go like some posts in your feed, make a few more calls, and know that you’re making a difference!

Want to do more? Have an issue you’re particularly interested in? Know of a bill coming up that deserves attention? Send a call script to indivisibleyolo@gmail.com or come to one of our General Meetings to discuss with other members and our leadership team.

Tell MoCs to denounce “the memo” and protect Mueller’s investigation

I’m calling because I’m really disappointed that this Nunes memo is getting so much attention. It’s a see-through political stunt to hurt the Mueller investigation and shield Trump from accountability. I’m calling on {PERSON} to speak out and to denounce “the memo”. I would like to see {PERSON} publicly state that using this “memo” as an excuse to fire Rosenstein or Mueller are red lines and that the memo is a Republican PR stunt and not an excuse to obstruct justice.

In addition, I think that {PERSON} should read the Democratic rebuttal memo into the congressional record. The Constitution protects them from liability in sharing that information, even if it’s classified. We need to have that context in order to counter the misinformation of the Nunes “memo.”

I’m calling on {PERSON} to support a “clean” DREAM Act only. Dreamers are being deported and Trump and the GOP aren’t doing anything to clean up the mess Trump made when he ended DACA in September. We need Congress to fix Trump’s mess, but we can’t let Trump use Dreamers as hostages for his extreme immigration plans, which is why we won’t accept anything less than a “clean” Dream Act.

If this has not been resolved by the time of the budget vote, don’t vote for a budget or CR unless it includes a clean Dream act.

Hello, I am a constituent from zip code ____. I am also a member of Indivisible.

I am asking the Senator to stay strong in the budget negotiations and not allow military expansion. Social safety net programs, such as Medicaid, Medicare, food stamps, housing subsidies, environmental protection, and more, must not be sacrificed for unnecessary increases in military spending. If preventing cuts to social spending risks a government shutdown, I urge the Senator to take that risk. We must defend the social safety net.

Thank Our Senators for standing with DREAMers

I wanted to thank the senator for voting against the continuing resolution that didn’t include the Dream Act. I expect that the senator will continue to be a champion for Dreamers by voting against the upcoming continuing resolution on February 8. With the administration threatening to deport Dreamers en masse after DACA ends on March 5, and tens of thousands of Dreamers already at risk, there is no excuse for the senator to enable this by voting for a CR that doesn’t protect Dreamers.

Tell Rep. Garamendi that he should be ashamed of abandoning DREAMers

I am very disappointed Rep. Garamendi changed his vote from Friday to Monday and voted for the CR that didn’t include the Dream Act. Dreamers deserve MoCs who will stand with them and use their vote to protect them from the Trump deportation machine.

Rep. Garamendi can only end his complicity in Trump’s racist policies by demanding a vote on the Dream Act now. With the administration threatening to deport Dreamers en masse after DACA ends on March 5, and tens of thousands of Dreamers already at risk, there is no excuse to enable this by voting for a CR that doesn’t protect Dreamers.

Tell all MoC’s to defend the census

Hi, my name is _______ and I’m a constituent from zip code______ and a member of Indivisible. I’m calling to ask MoC to insist that the 2020 Census not include a question about the respondent’s citizenship.

The Census count is used to determine representation in Congress. An inaccurate count will result in unfair representation, which is exactly why Republicans are trying to scare off respondents by inserting a question asking if they are citizens. The GOP can’t win elections fairly and they’re determined to cheat instead. They must be stopped.

Will MoC demand that the citizenship question be stripped from the Census?